Are we entering the early stages of financial repression? 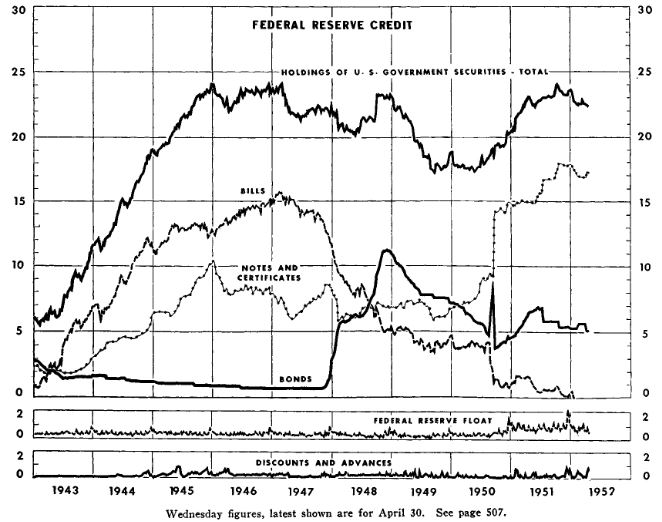 Recent changes in the world appear to be supporting the thesis that financial repression is headed our way.

Carmen Reinhart wrote in April of 2012:

Periods of high indebtedness have historically been associated with a rising incidence of default or restructuring of public and private debts. Sometimes the debt restructuring is more subtle and takes the form of “financial repression”. Consistent negative real interest rates are equivalent to a tax on bond holders and, more generally, savers. In the heavily regulated financial markets of the Bretton Woods system, a variety of financial domestic and international restrictions facilitated a sharp and rapid reduction or “liquidation” of public debt from the late 1940s to the 1970s. The restrictions or regulatory measures of that era had their origins in what would now come under the heading of “macroprudential” concerns in the wake of the severe banking crises that swept many countries in the early 1930s. The surge in public debts that followed during the Great Depression and through World War II only made the case for stable and low interest rates and directed credit more compelling to policymakers.

Nominal interest rates are less than the rate of inflation
Right off the bat, the Fed changed its operation policy to average inflation targeting. What this means is that if inflation has been below 2%  for the past 10 years the Federal Reserve will allow inflation to run above 2% for the next 10 years. This policy is in itself a leap forward towards financial repression.  The Federal Reserve purposefully held this policy stance during the "Treasury-Fed Accord":

The Federal Reserve System formally committed to maintaining a low interest rate peg on government bonds in 1942 after the United States entered World War II. It did so at the request of the Treasury to allow the federal government to engage in cheaper debt financing of the war. 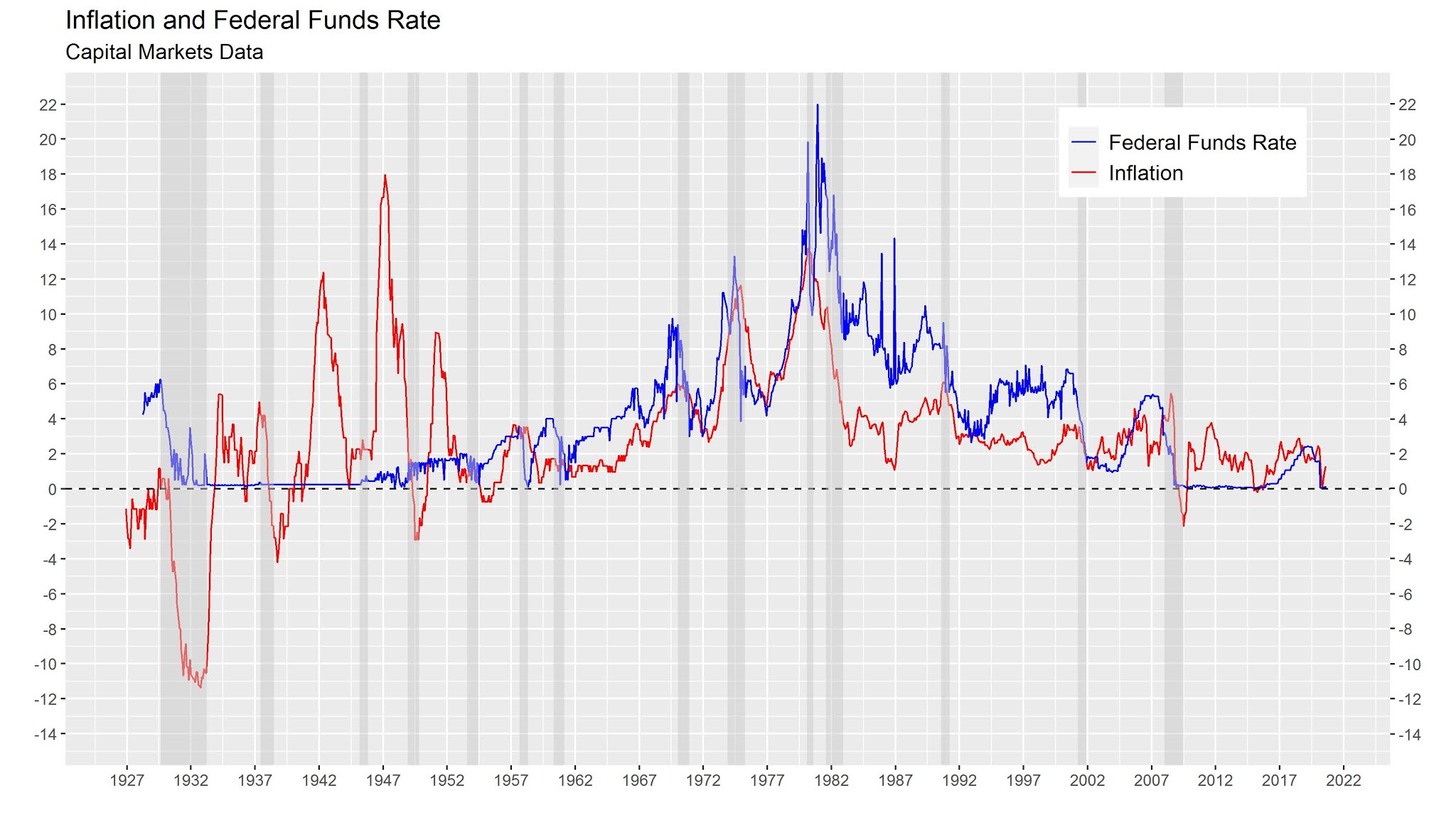 The Government debt burden has increased markedly
An implicit relationship between the Fed and Treasury may be occurring now in wake of corona related government stimulus.  Treasury issuance has been off the charts, and government debt-to-GDP has grown in sync. 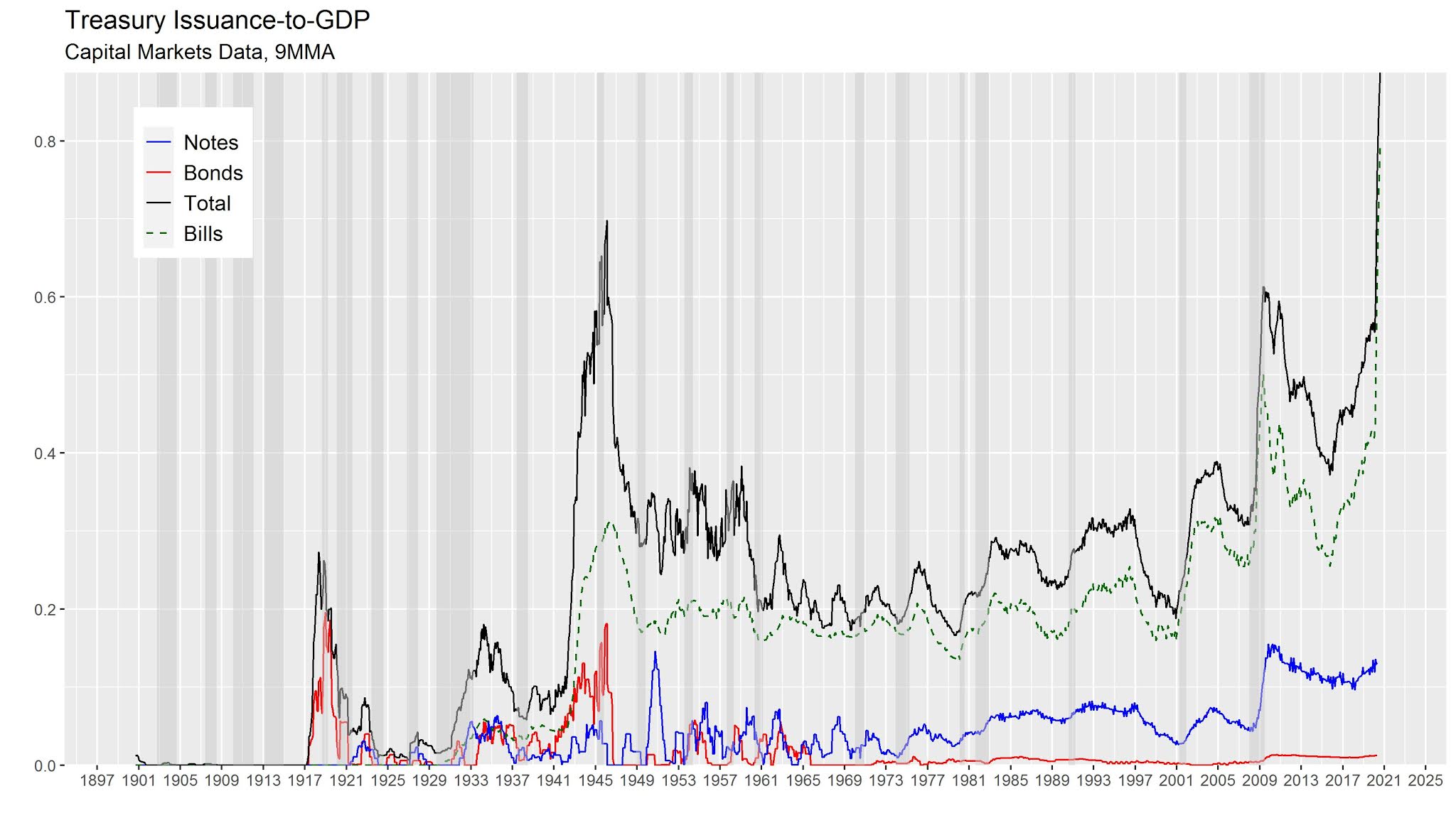 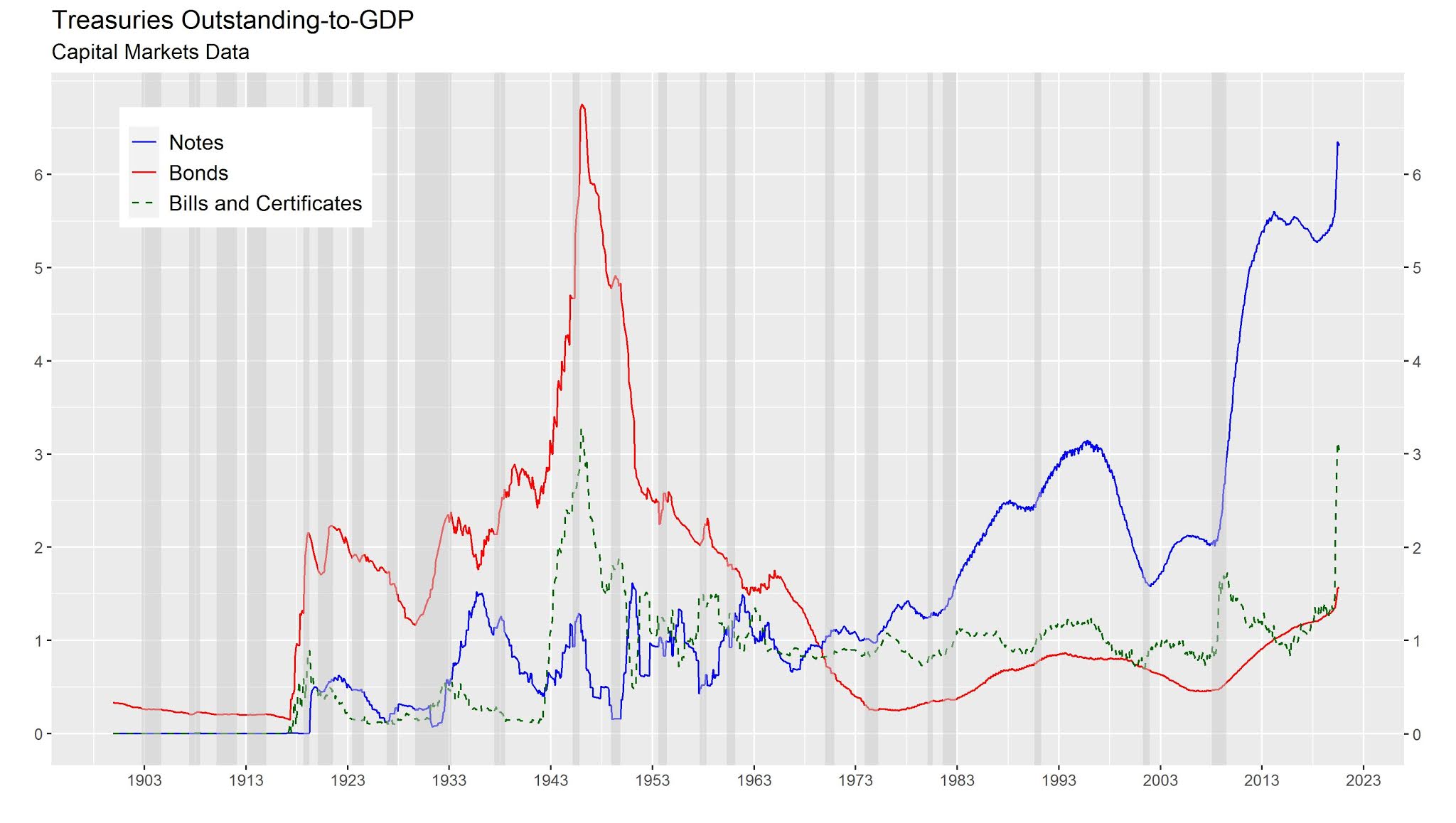 Domestic ownership of debt is increasing
The Federal Reserve has stepped up to absorb this issuance and Commerical Banks are also dramatically increasing their holdings.  The domestic financial sector is taking on a greater share of the debt - a key feature of financial repression. 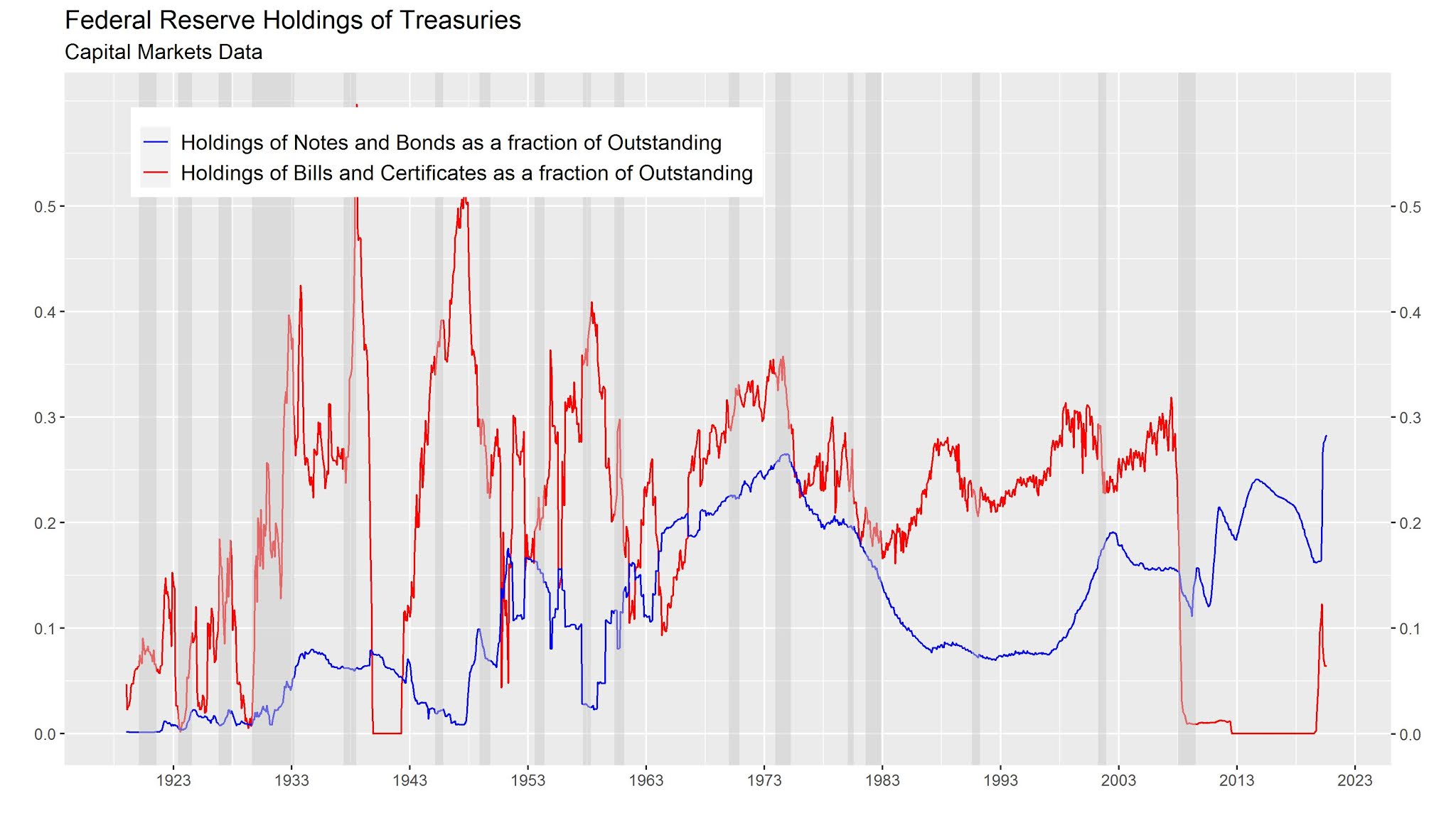 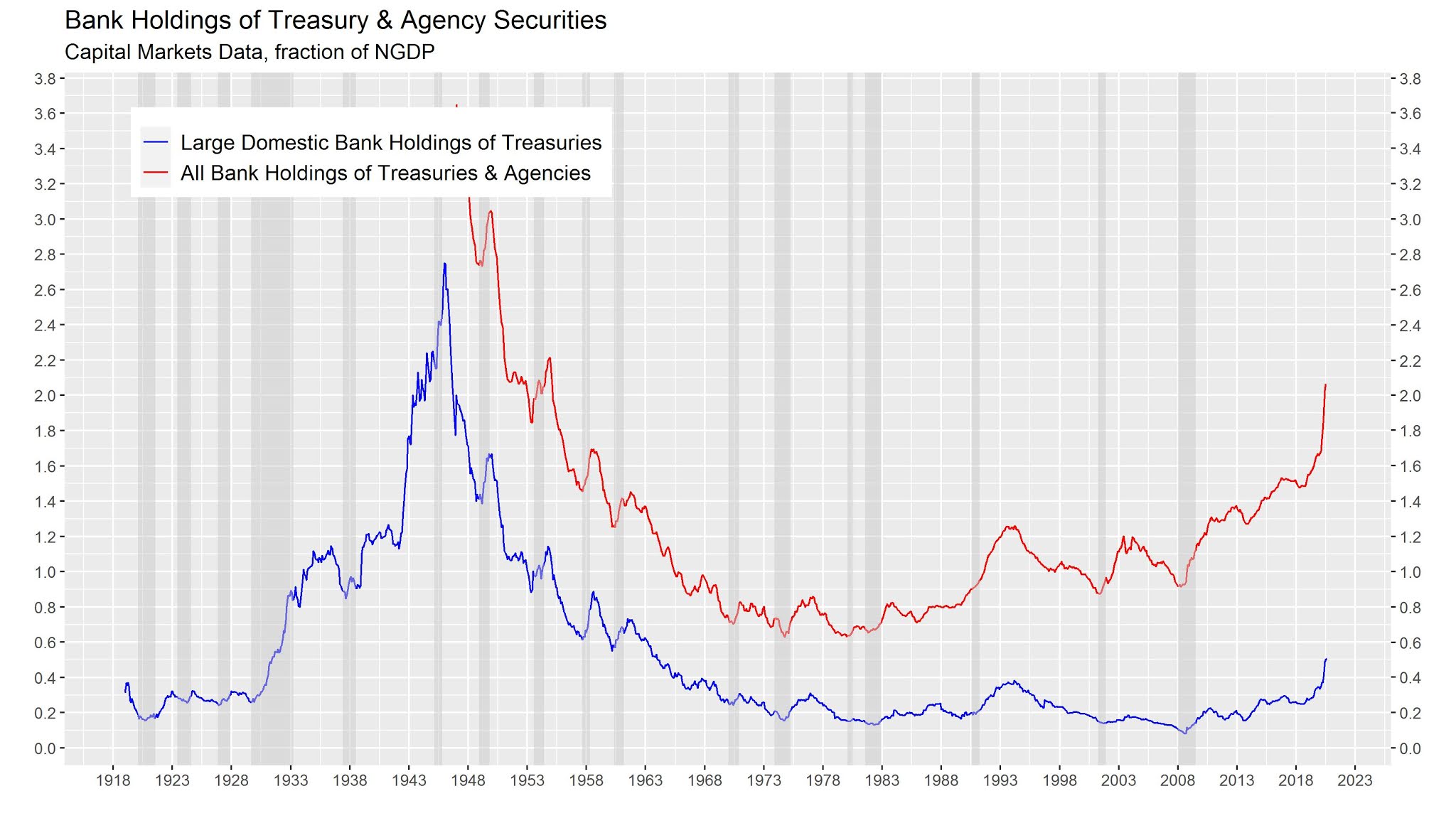 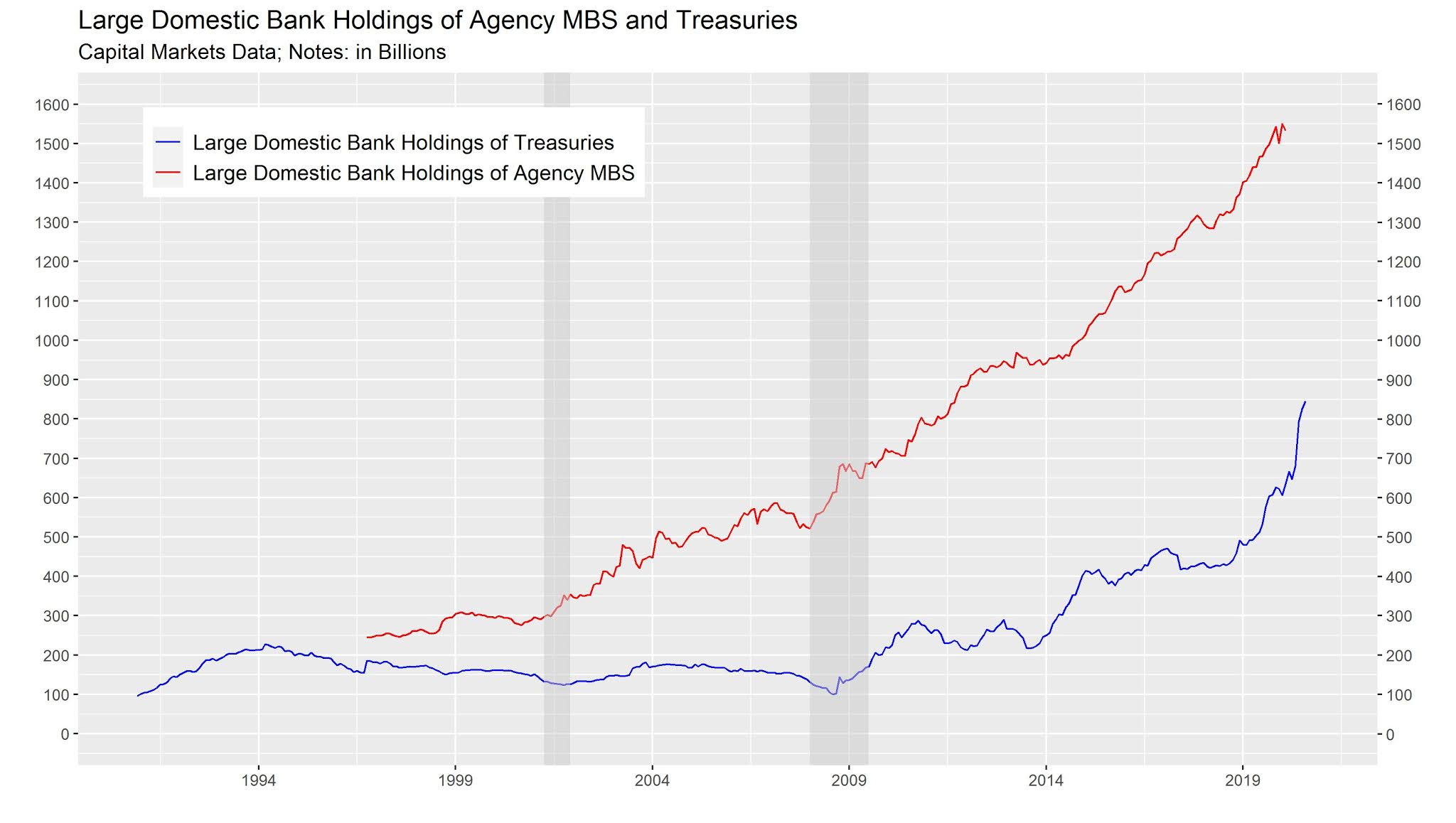 Another sign that the domestic ownership is increasing is the record selling of U.S. Securities by both foreign private and official institutions. 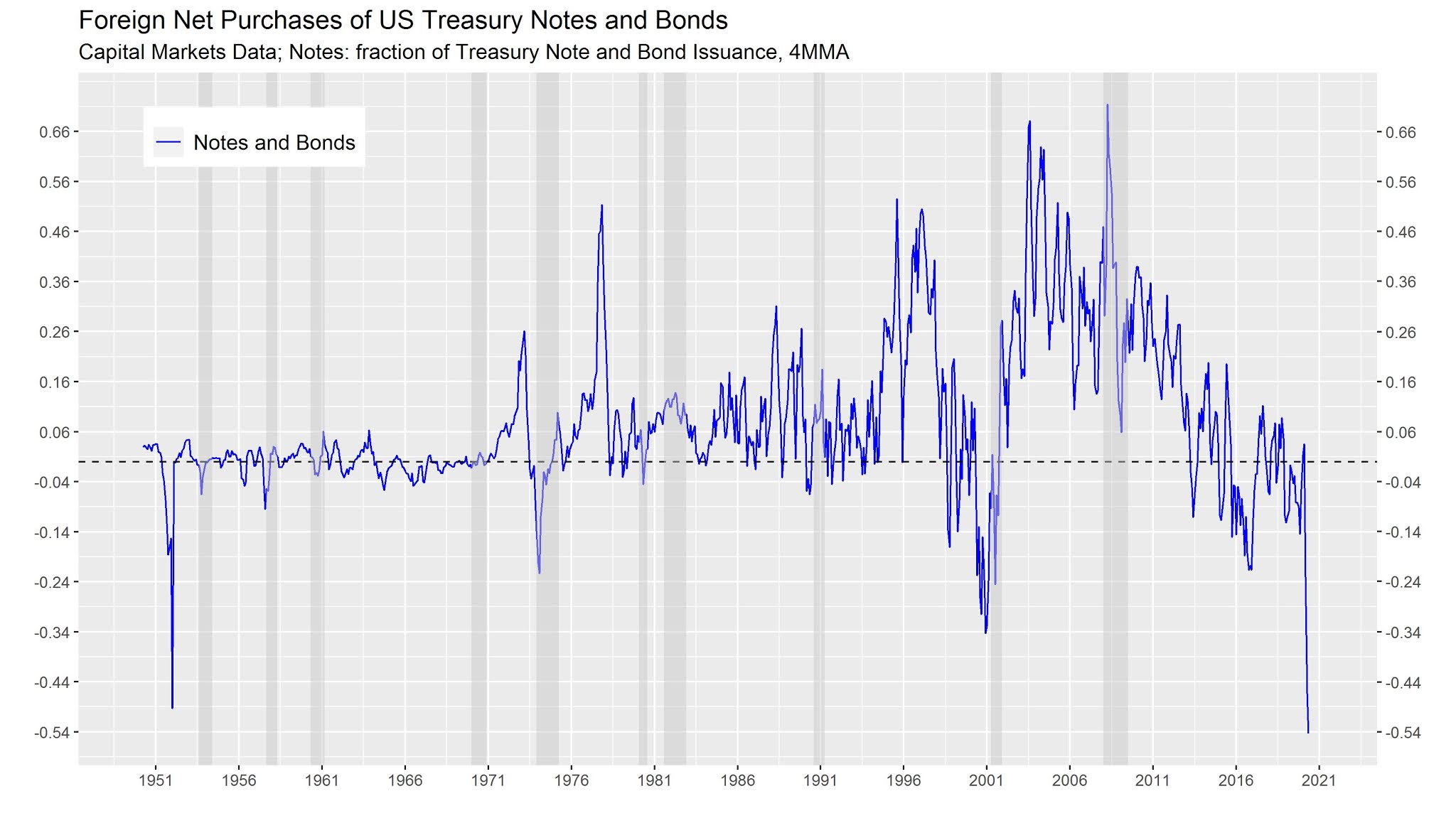 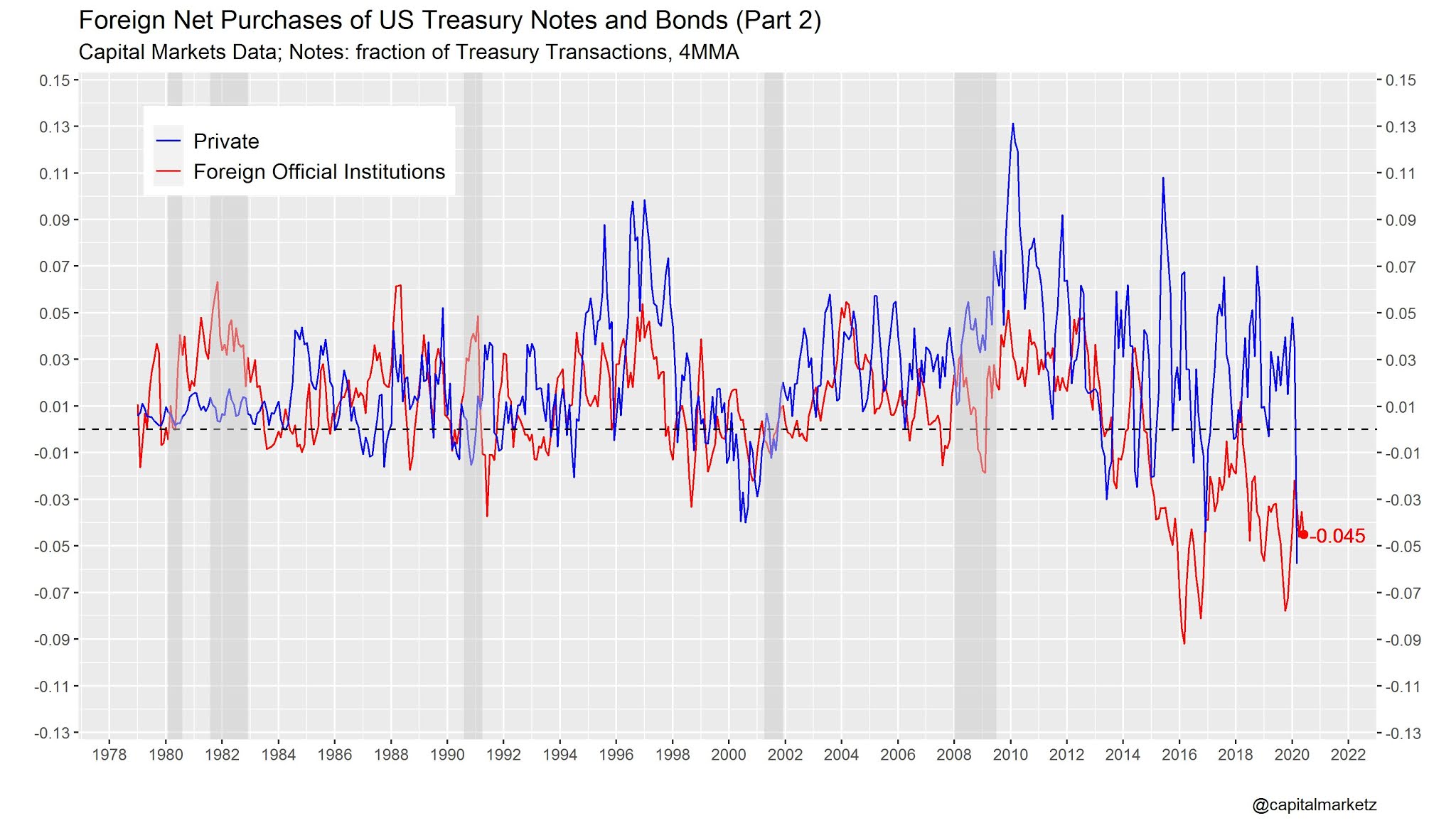 Supportive of this reality is the U.S. near-neutral petroleum trade balance. If foreign governments aren't selling to the United States then they have less need for dollar assets. But as long as commodities are priced in dollars they will still need dollar assets overall. This is a natural headwind to the success of policies that promote financial repression. Low oil prices have also meant less demand for dollar assets. 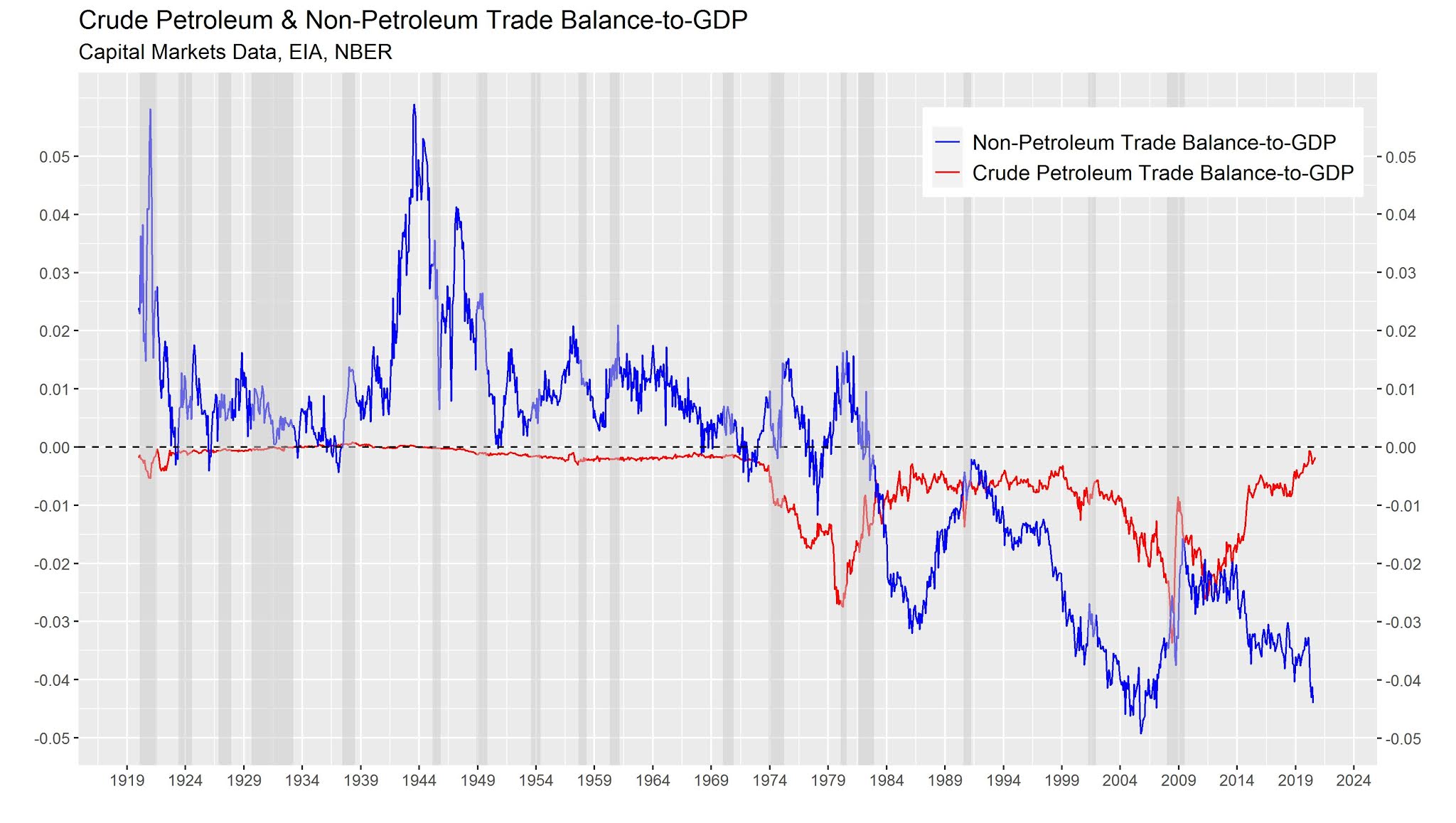 What does financial repression mean for bond markets?
If interest rates are held below expected inflation- then expect a negative inflation risk premium. This would put substantial downward pressure on bond returns and term premia. 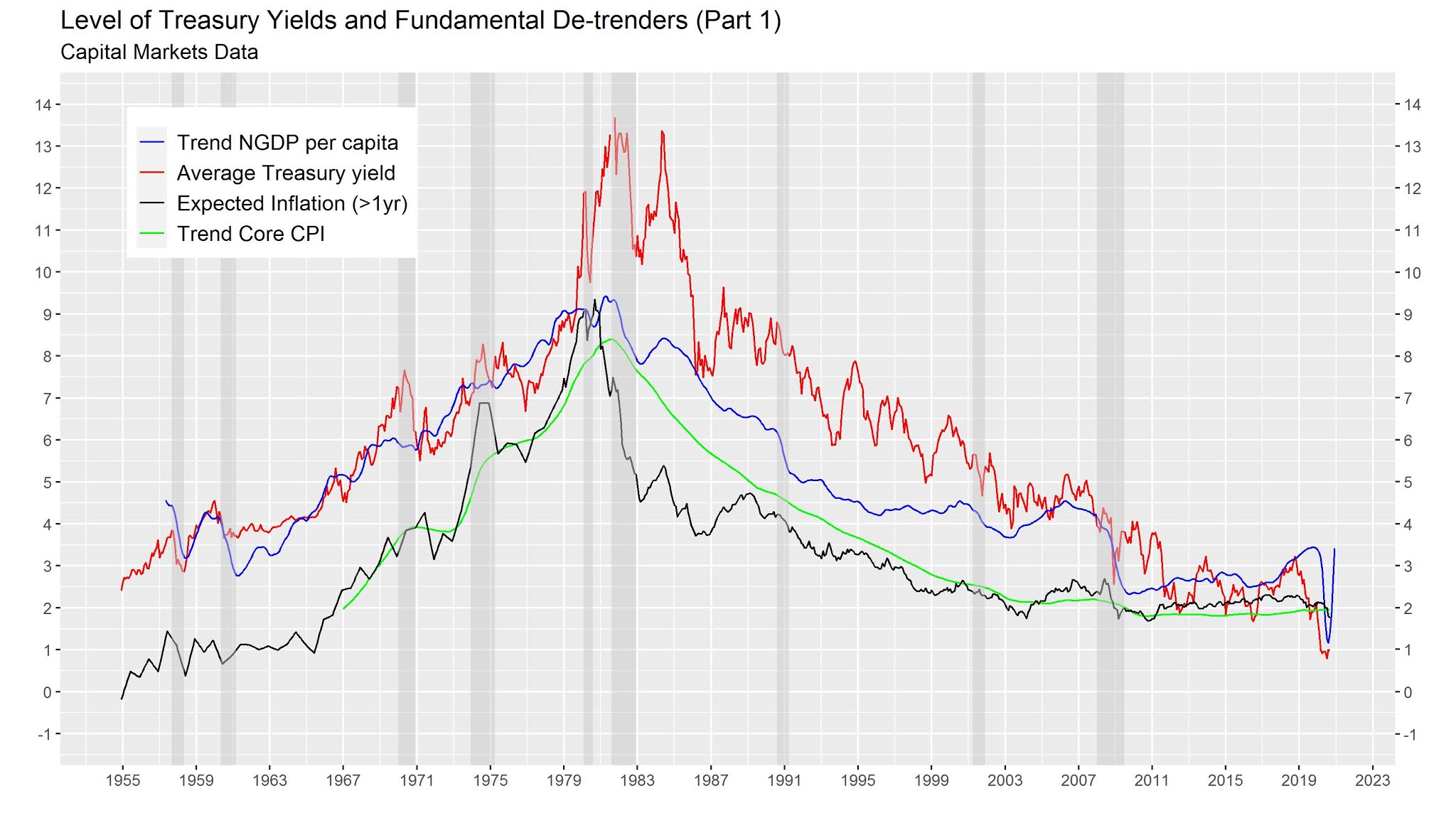