As usual my analysis of the labor market is centered around the flows.  In fact scientists interested in studying carbon levels place censors around active volcanoes.  These sensors capture a great source of emissions - that being volcanic eruptions. It is the flows which allows us to take stock of things (pun intended).  For labor market economists we place sensors in the form of questions found in surveys.  These questions reveal the labor force status of the participant and we measure if this is any different from the month before.  If it is different this constitutes our sample flow.  Multiply this sample flow by a scalar and boom! we derive our monthly estimate for gross flows.  For the data underlying the following charts and analysis see FRED.

The figure below provides a stylized view of this for the labor force as a whole. 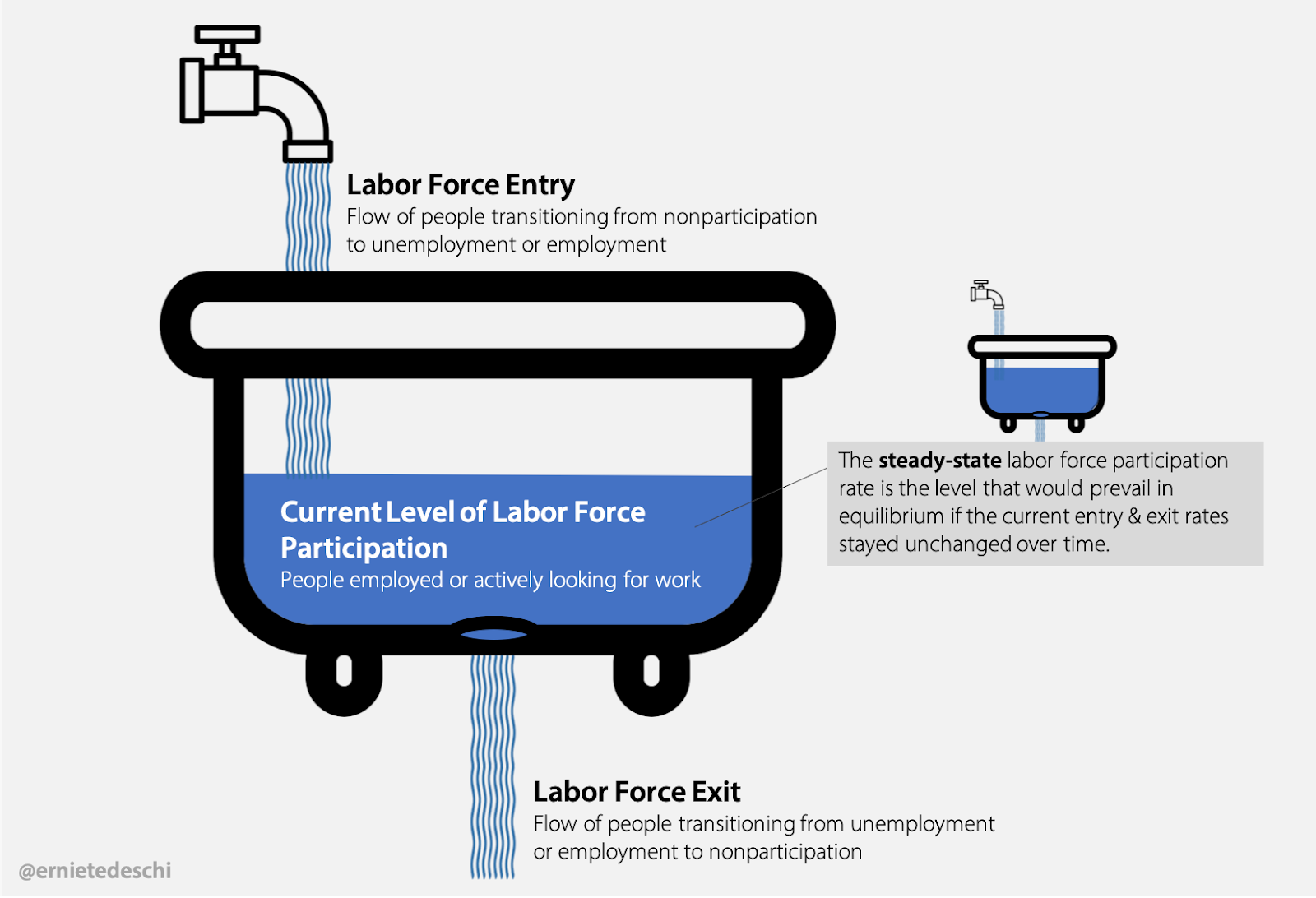 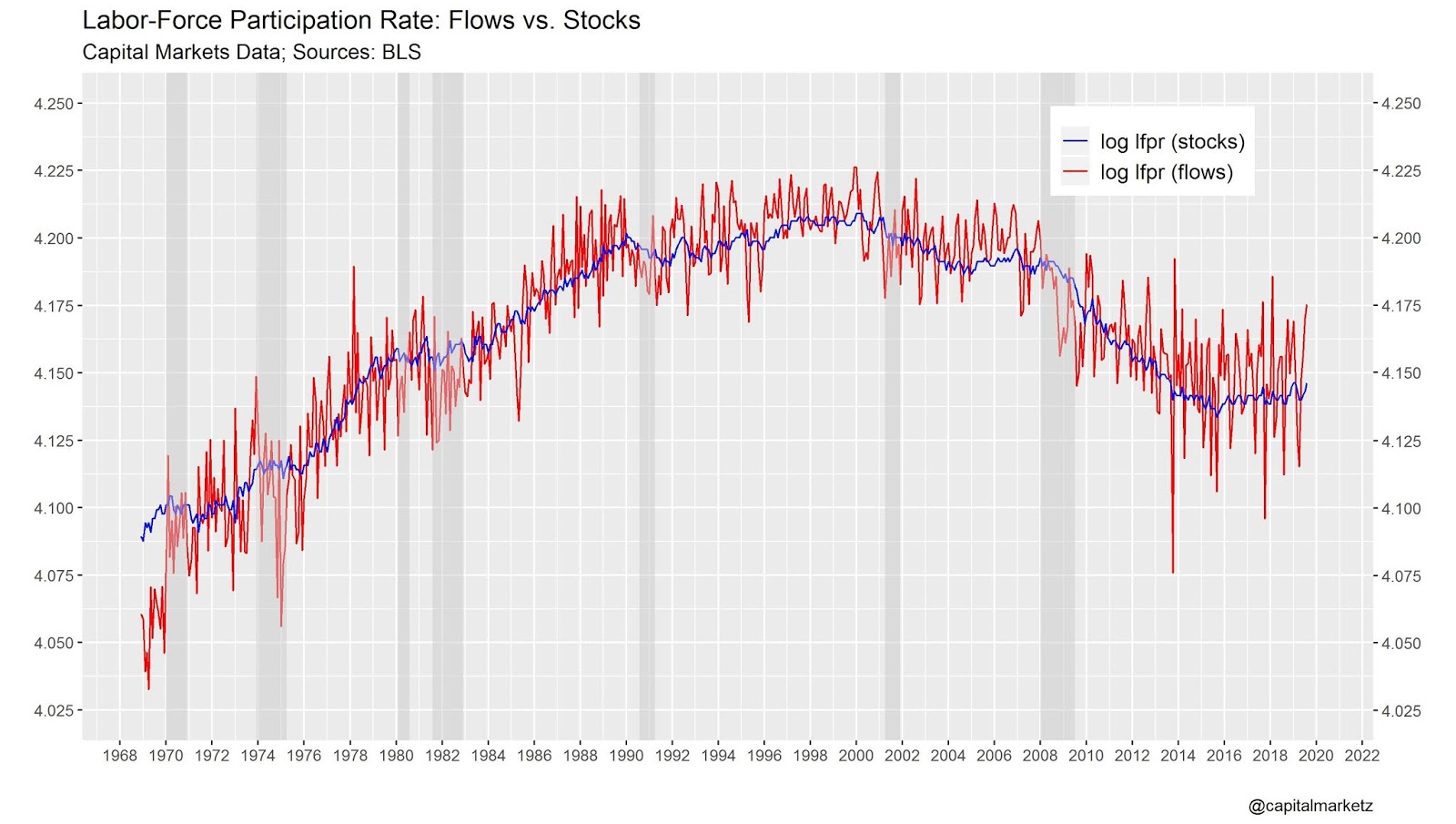 The steady-state implied number is a bit choppy so I take a 9 month moving average of the "gap".  This figure highlights that although long-run movements in the labor force participation rate are largely structural there are cyclical factors at play. 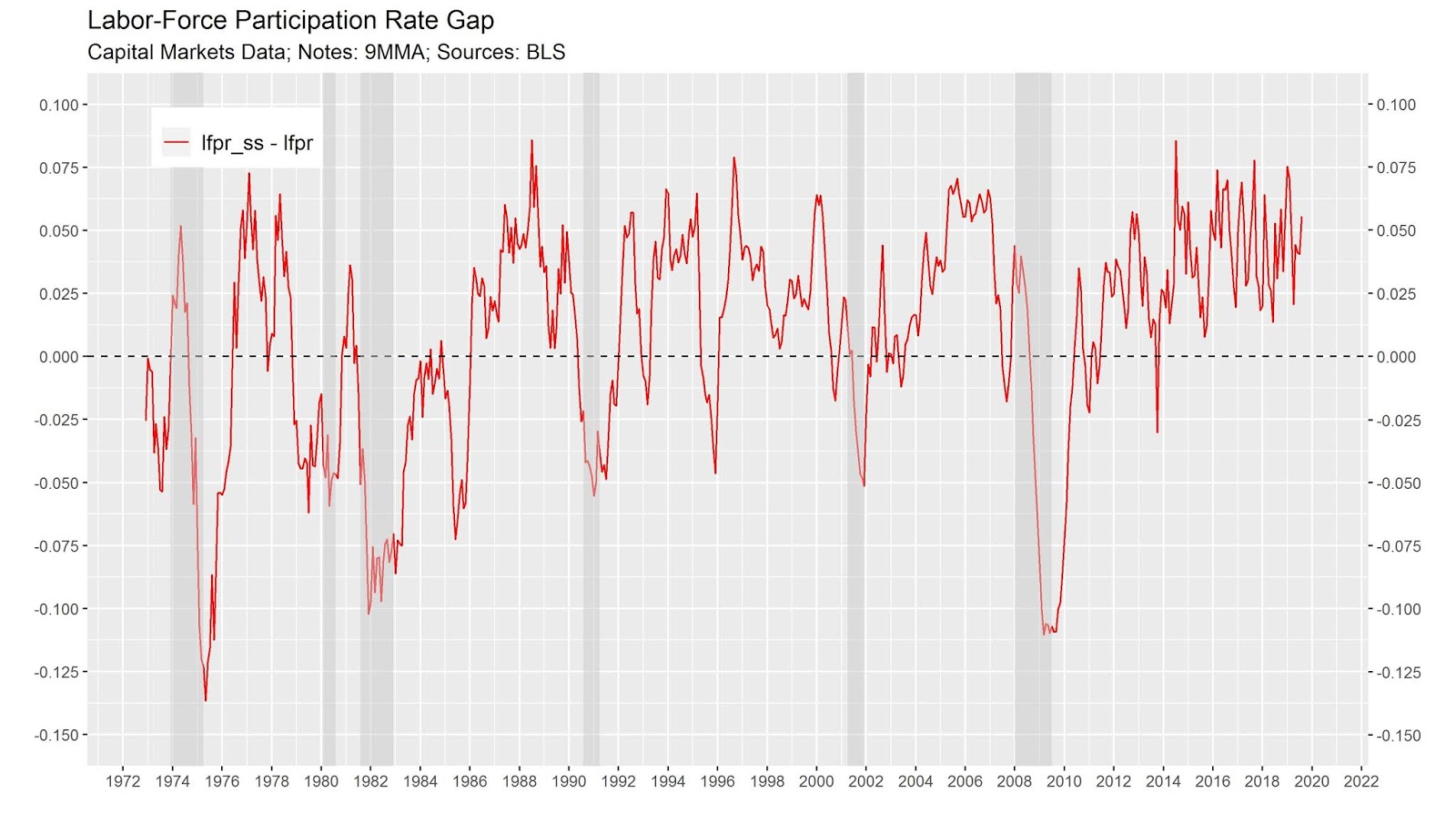 Of course the bathtub model extends to any labor market stock with a flow equivalent so this includes the employment-to-population ratio and the unemployment rate.  With respect to the former, the flows strongly suggest a continued rise in the epop ratio. 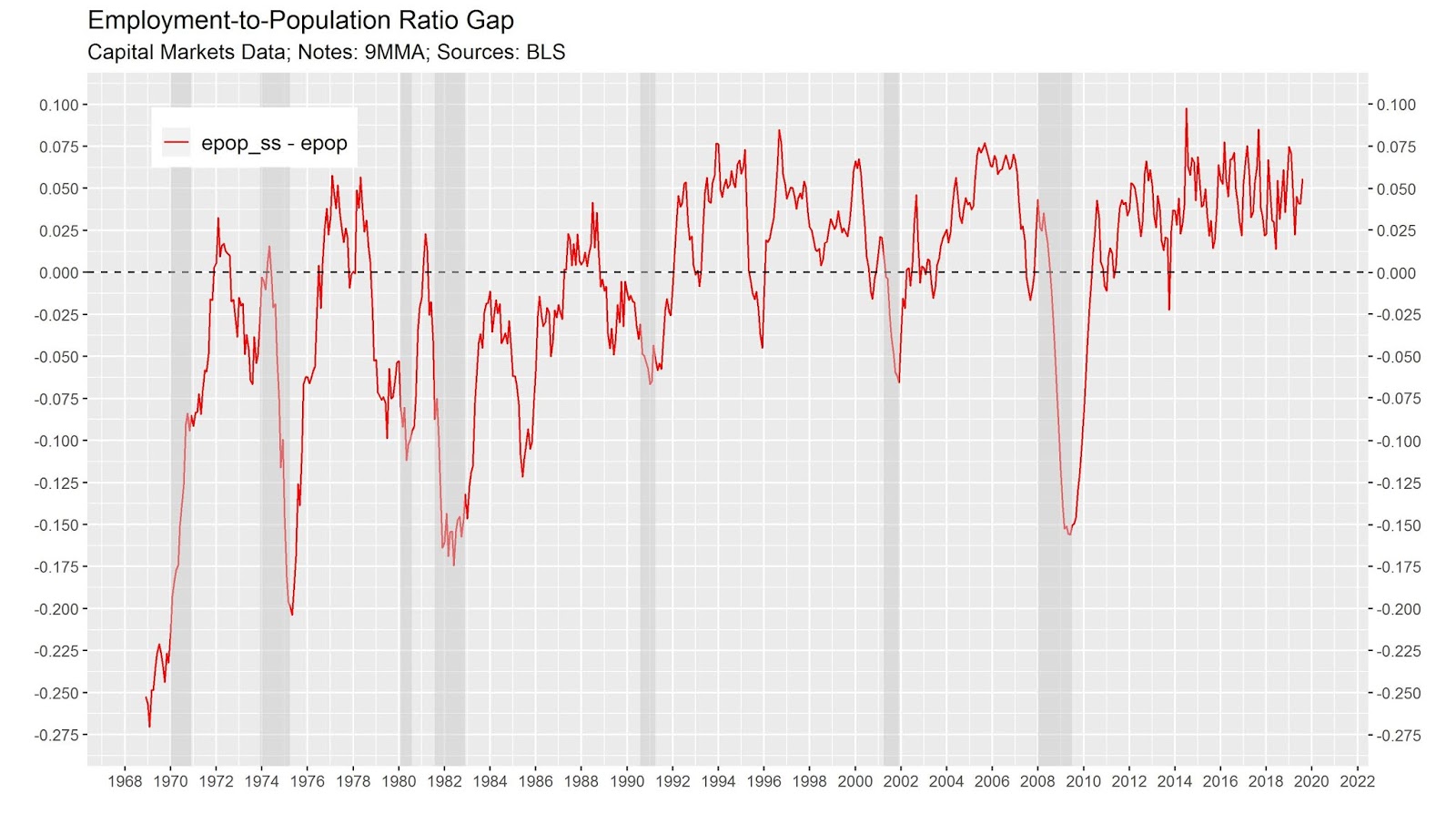 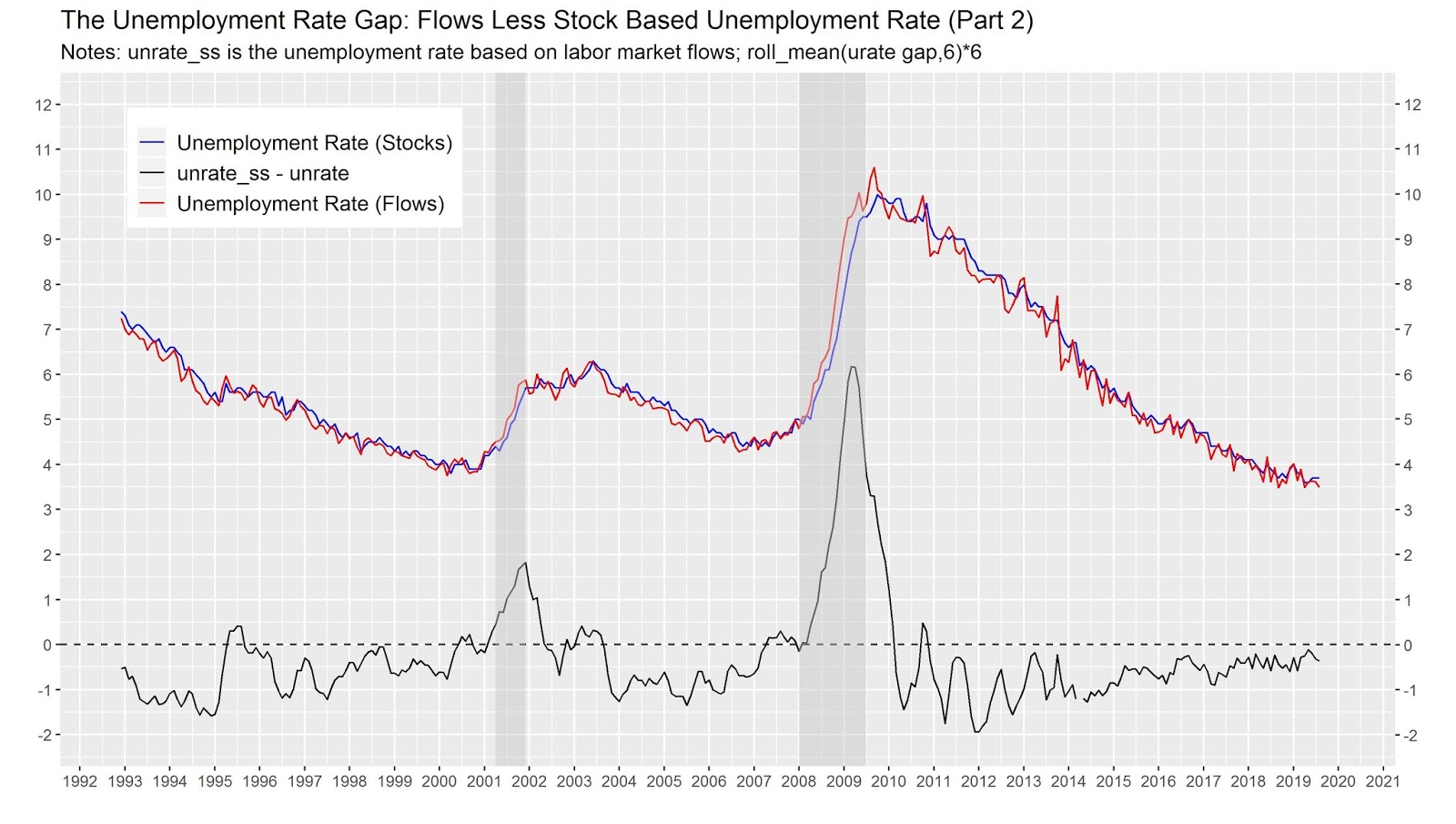 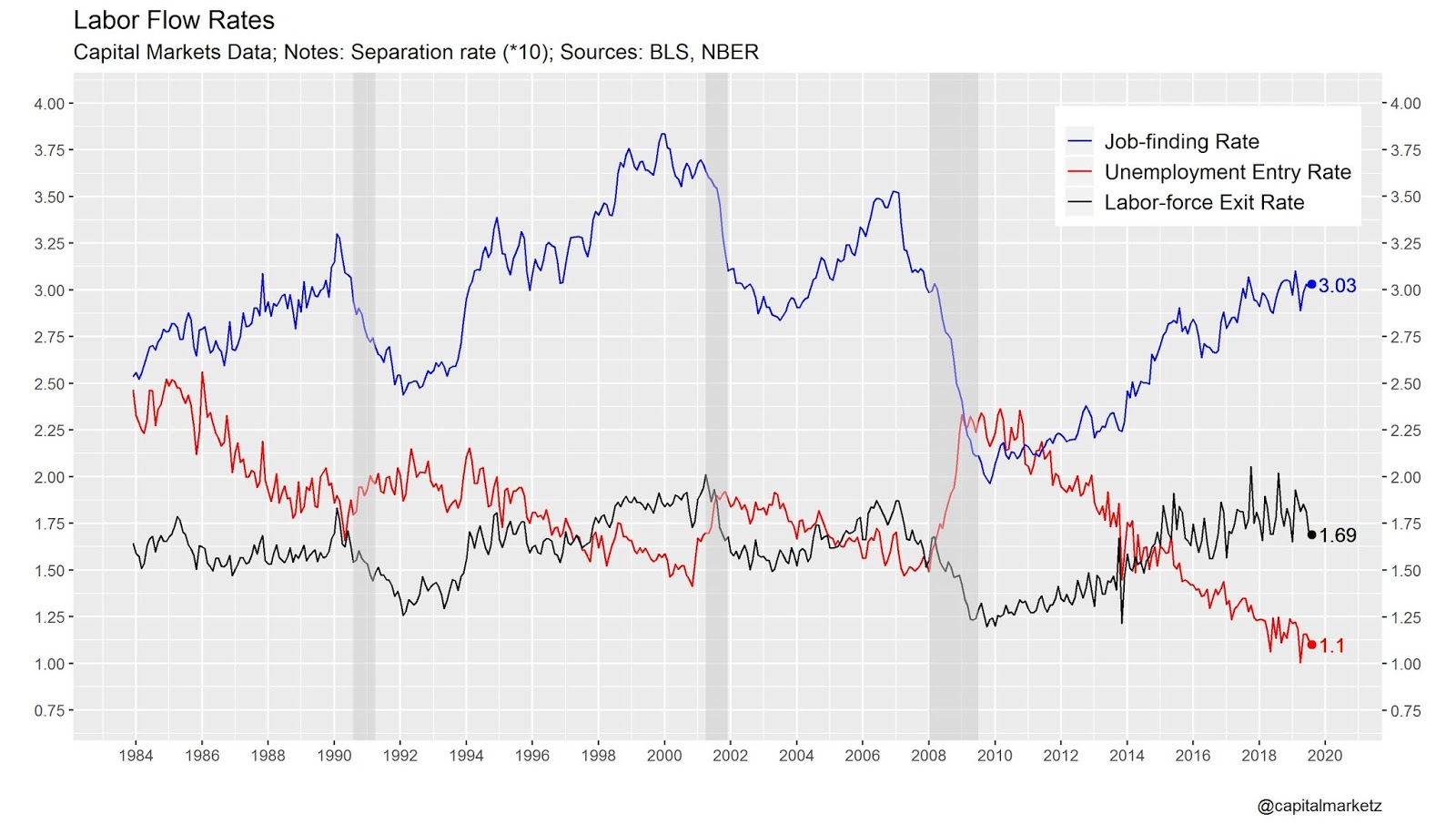 Labor market theory suggests a tight correlation between several variables and wages. The quit rate and job-finding rate are two such variables.  Quits drive overall wage growth so it is surprising to see a quit rate that has been unchanged over the past year. 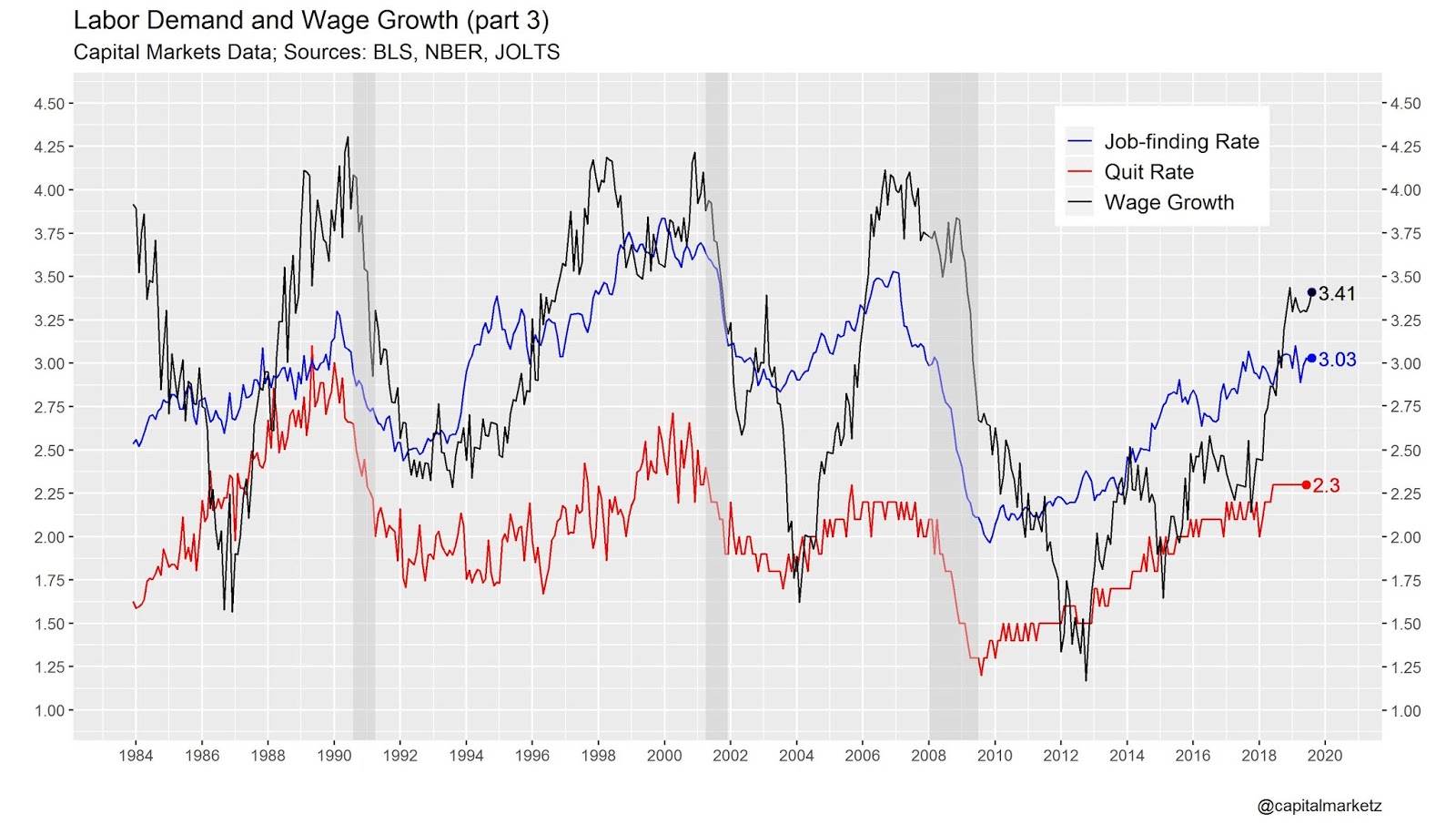 The last variable theoretically tied to wages (under search theory) is labor market tightness, defined as the ratio of job openings to the number of unemployed.  The first chart below is the total number of job openings which is currently at record highs.  The next two charts are of the v/u ratio.  This high state of this ratio should lead to a rise in the quit rate which should, at least in theory, lead to higher wage growth. 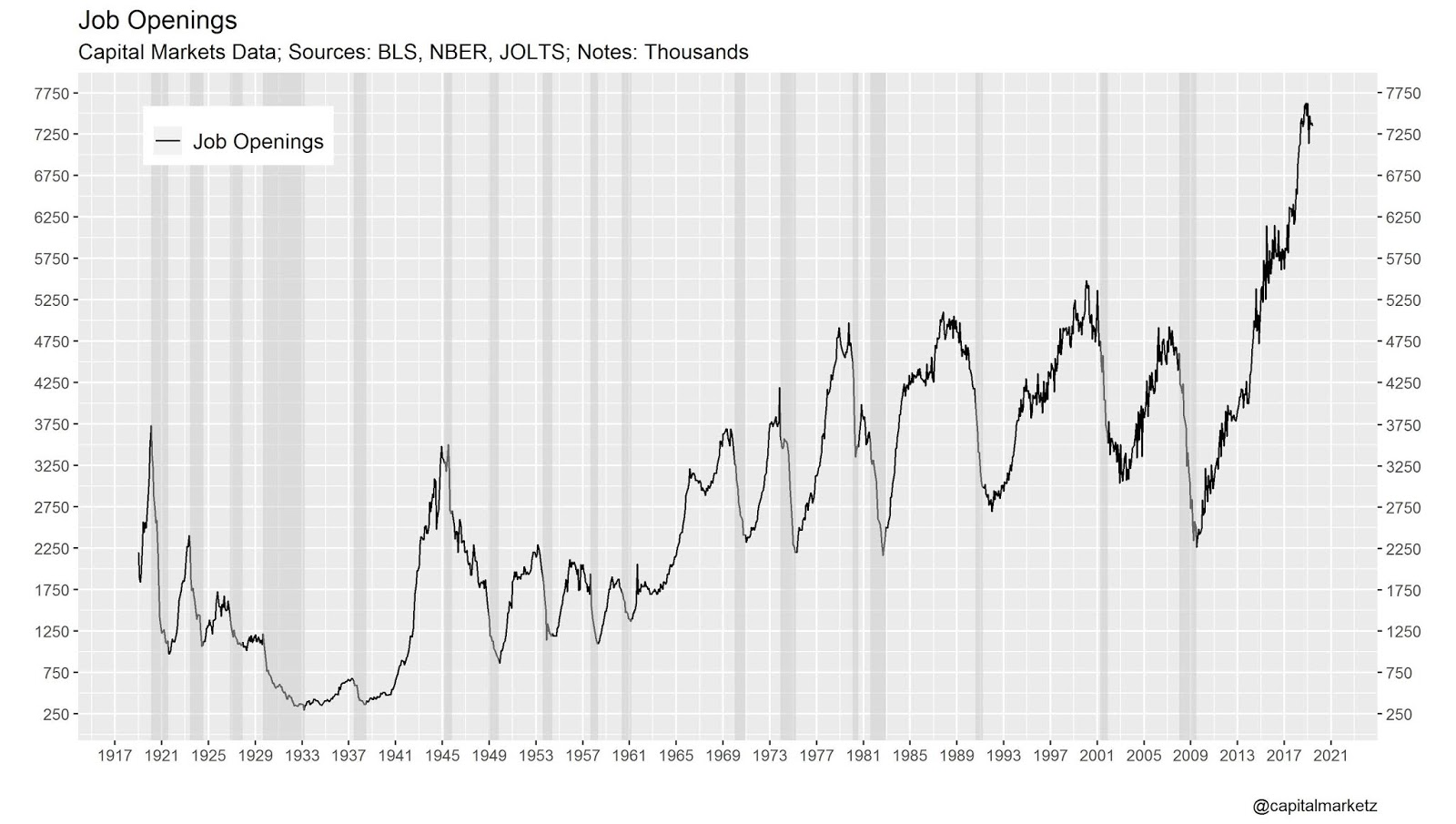 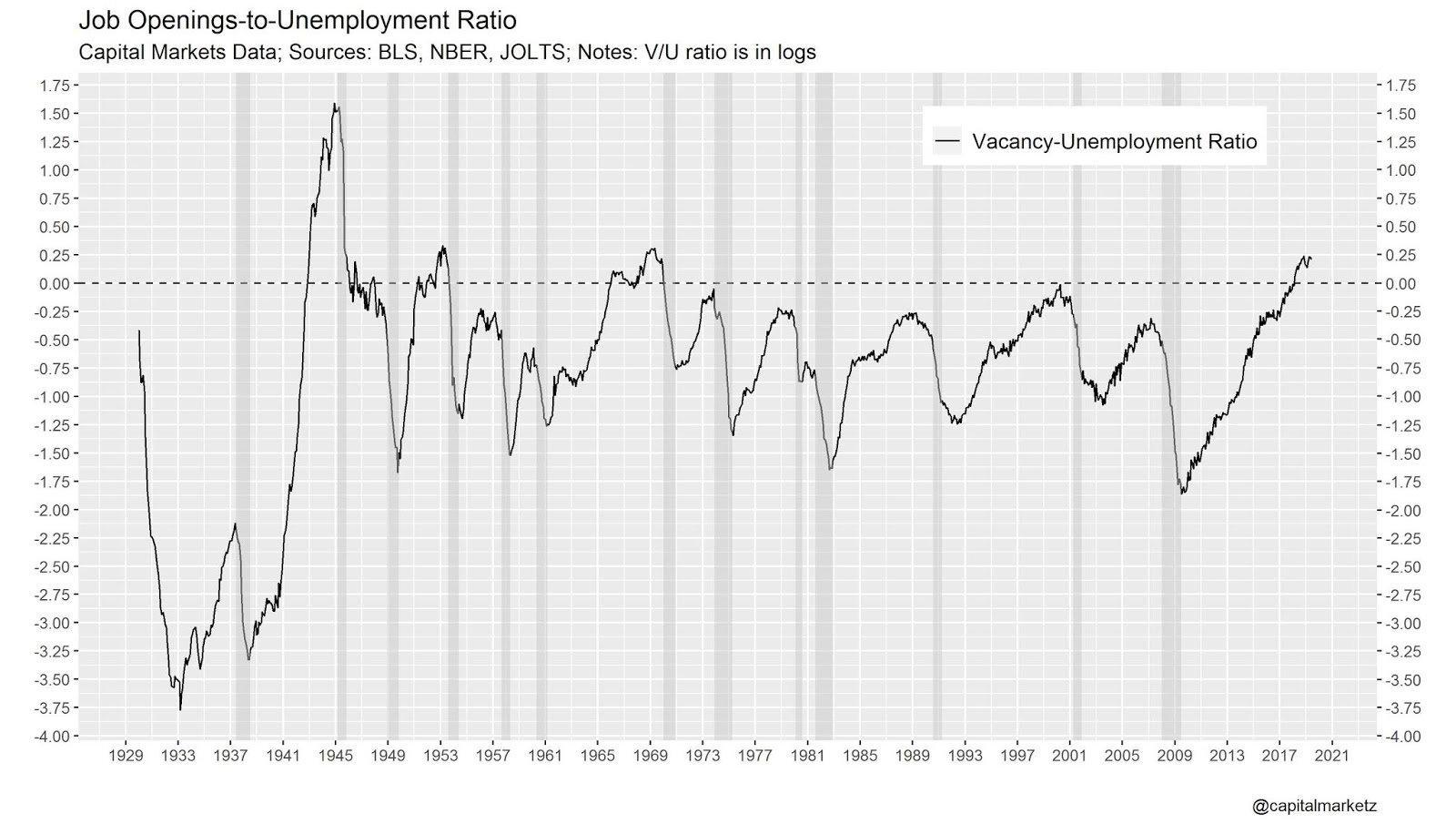 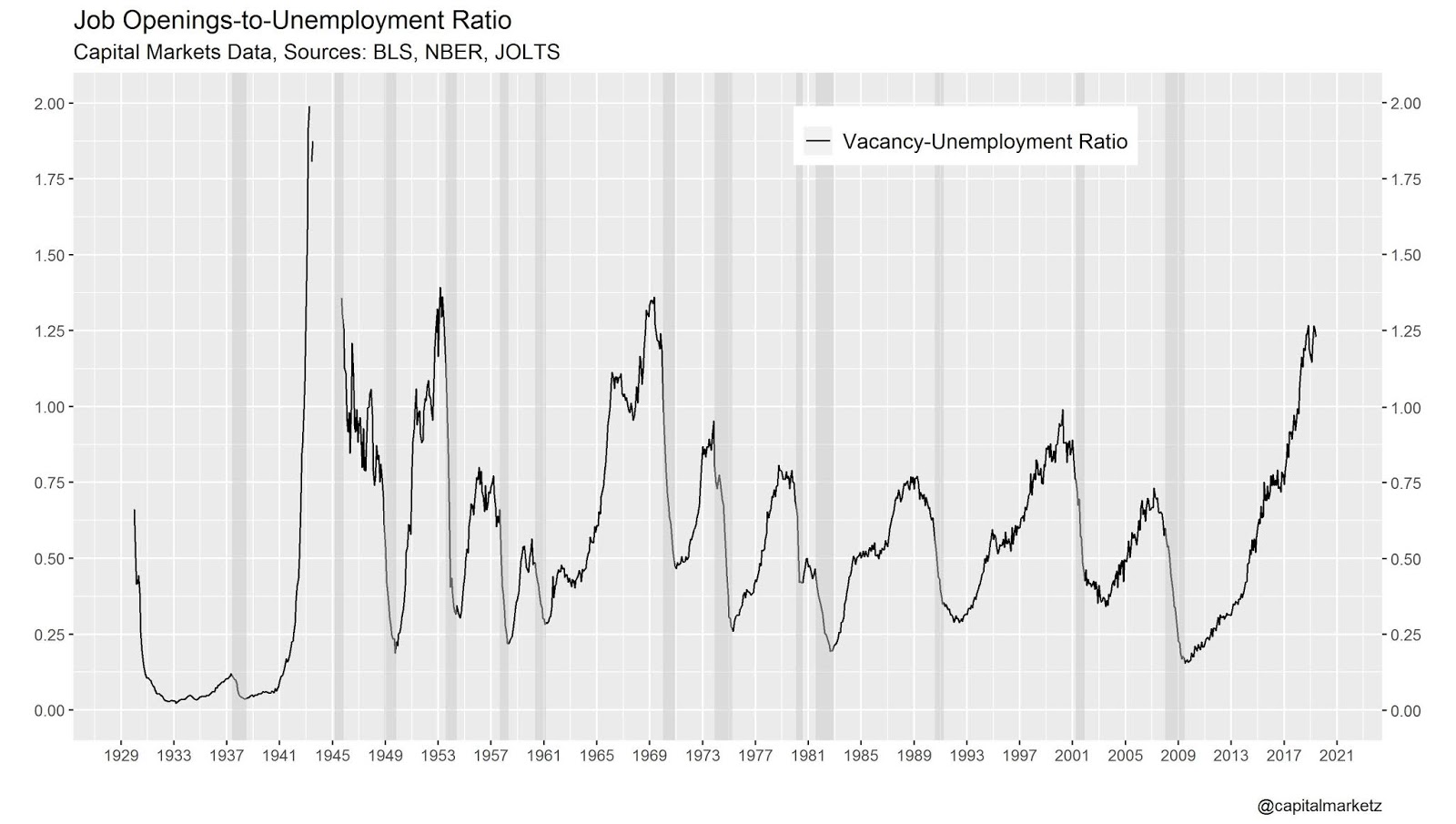