I have added a monthly series on the average maturity of interest-bearing public debt from december/1957 - december/1975.  In september of 1975 the Treasury started a new series that included only privately held public debt.  Therefore, there are two separate series in the excel file.  The source of the series are the archived Treasury Bulletins found in FRASER, and the Treasury website.  The series can be downloaded here. 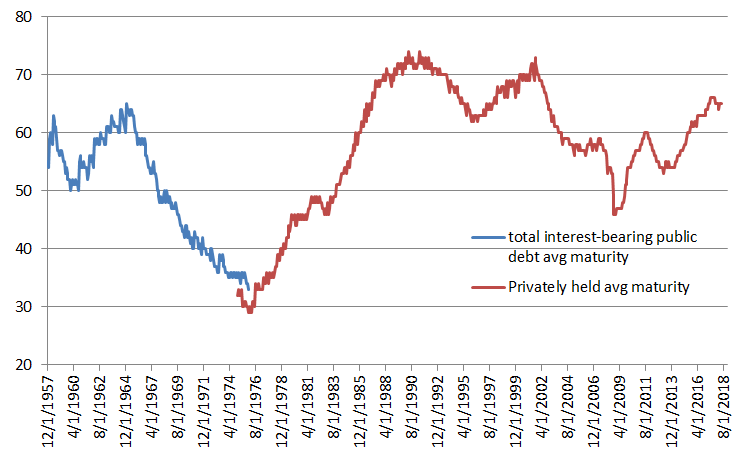