Transition rates facilitate the study of labor markets from the perspective of the macroeconomist.  A transition rate is defined as the rate at which people transition from one state of the labor market to the next.  I will not go in-depth about how to calculate them here, but interested readers may refer to Shimer (2005/2012) and his website for some of the data.  The analysis presented below is based on my own work which uses the transition rates to create forecasts (available here).  My paper was inspired by Barnichon and Nekarda (2012).

Let's begin by looking at the transition probabilities.  For the month of march the probability of getting hired out of unemployment continued to improve. 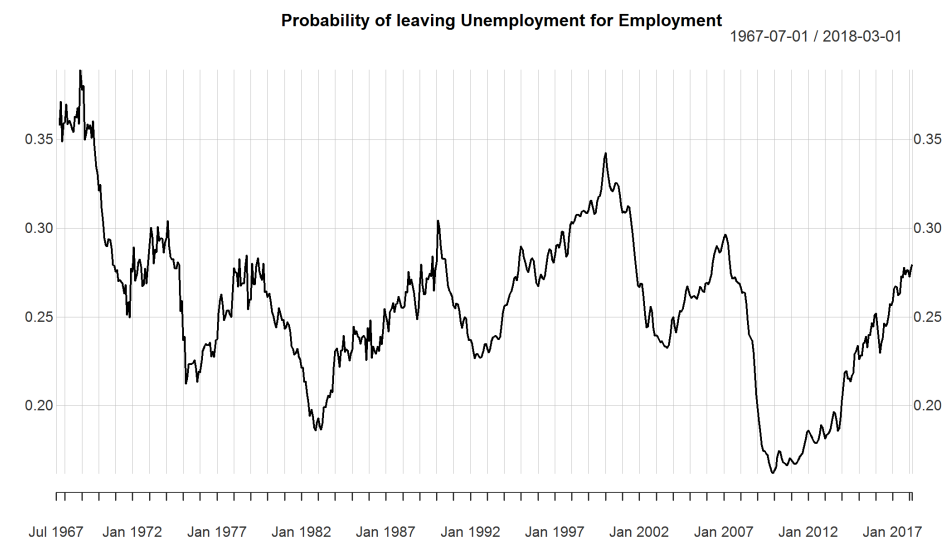 The separation rate is at record lows. 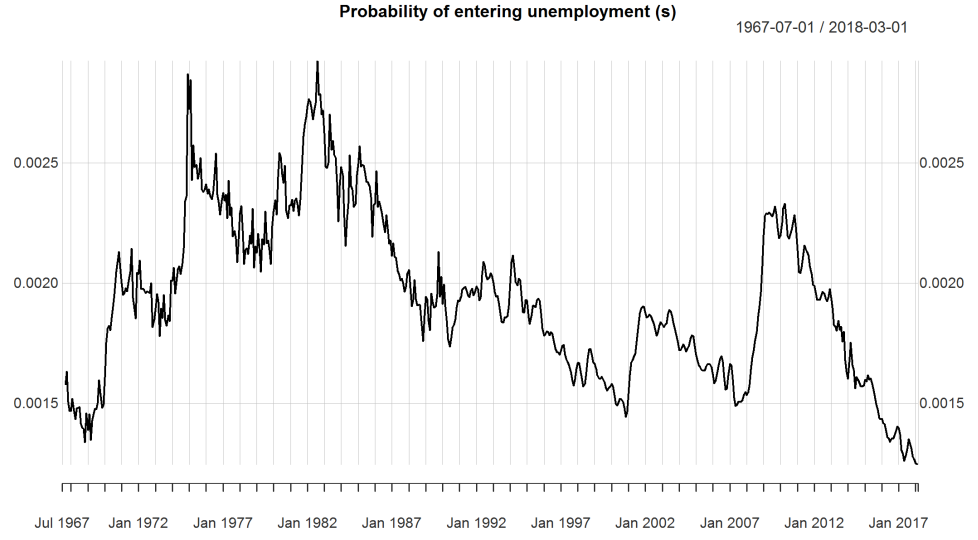 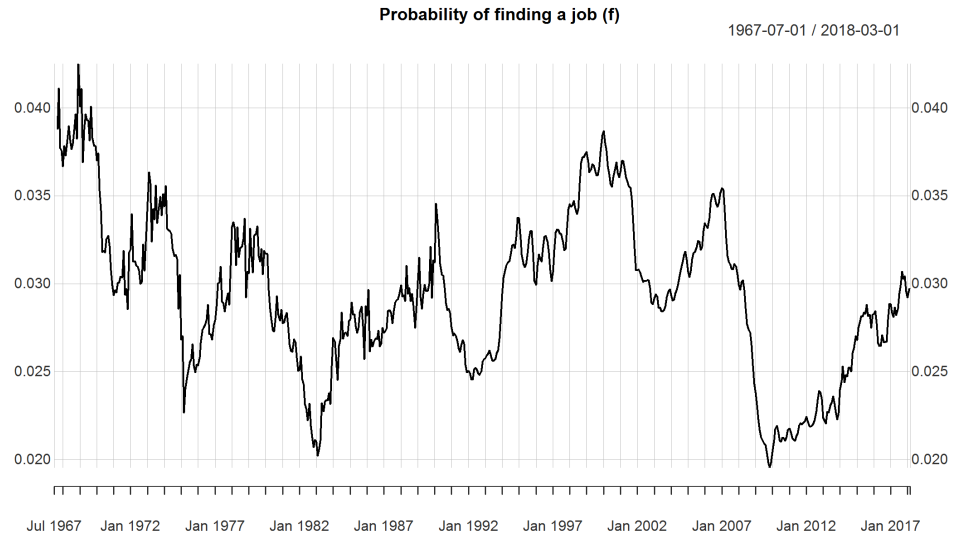 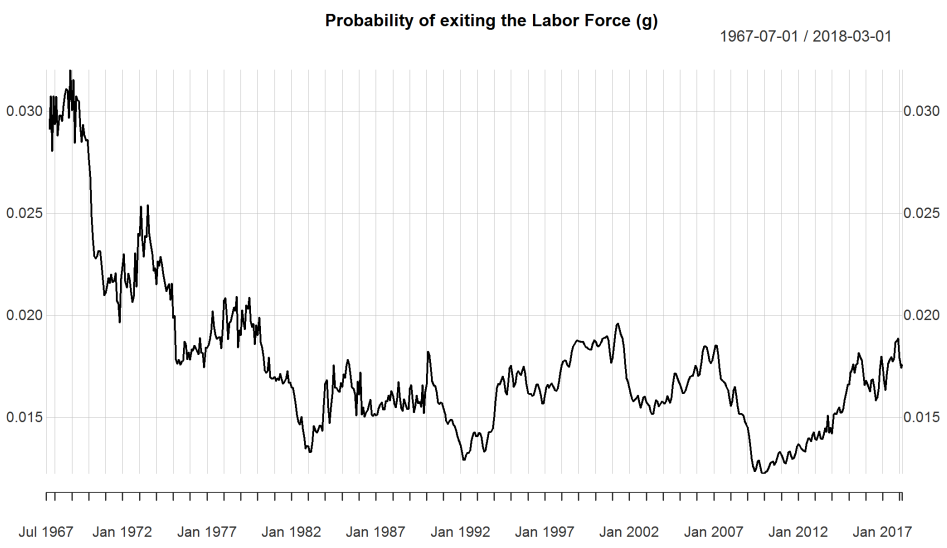 The transition rates s, f, and g can be combined to create labor market identities based on flow rates.  For example, the flow rate version of the unemployment rate is urate_s = s/(f+s), and employment-to-population ratio is epop_s=f/(s+f+g). 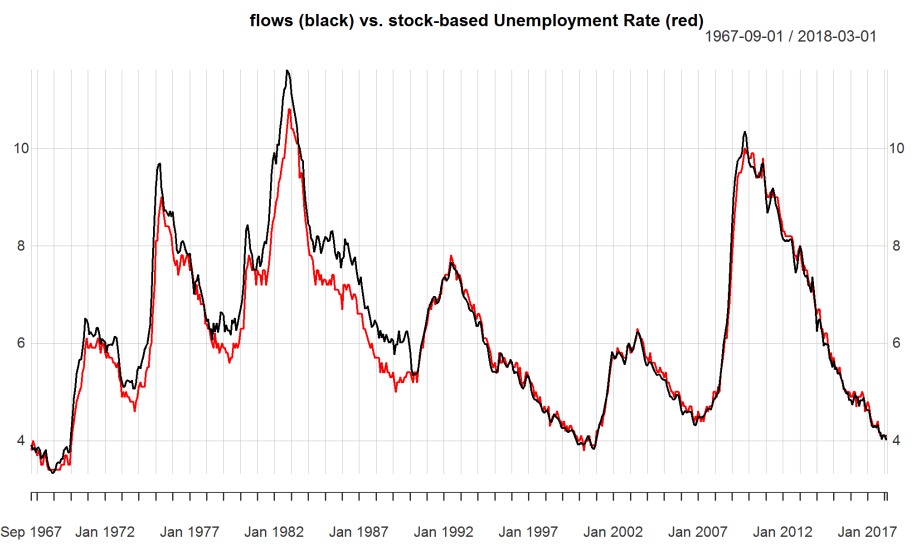 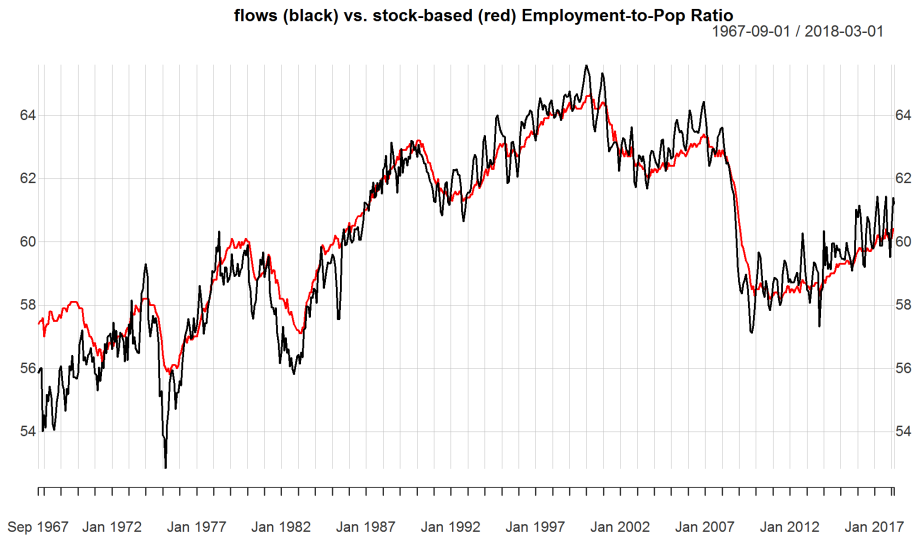 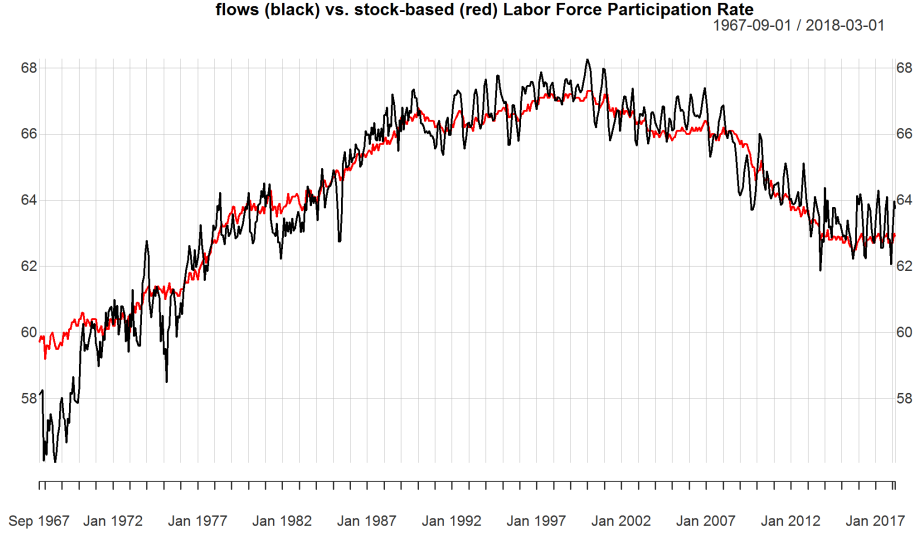 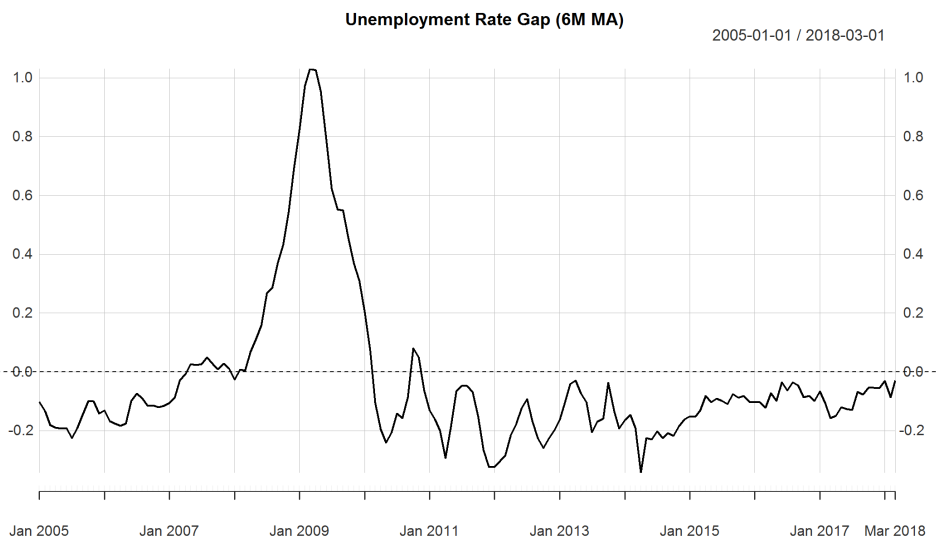 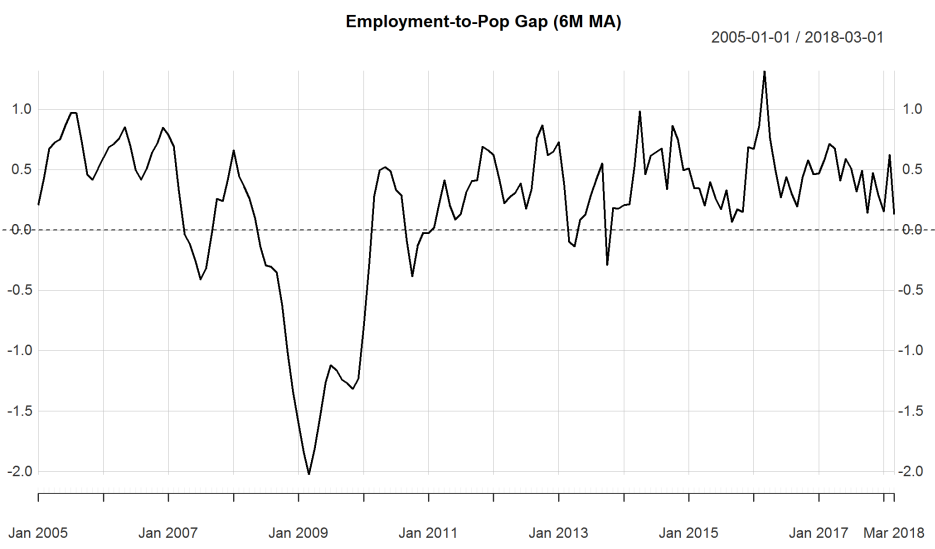 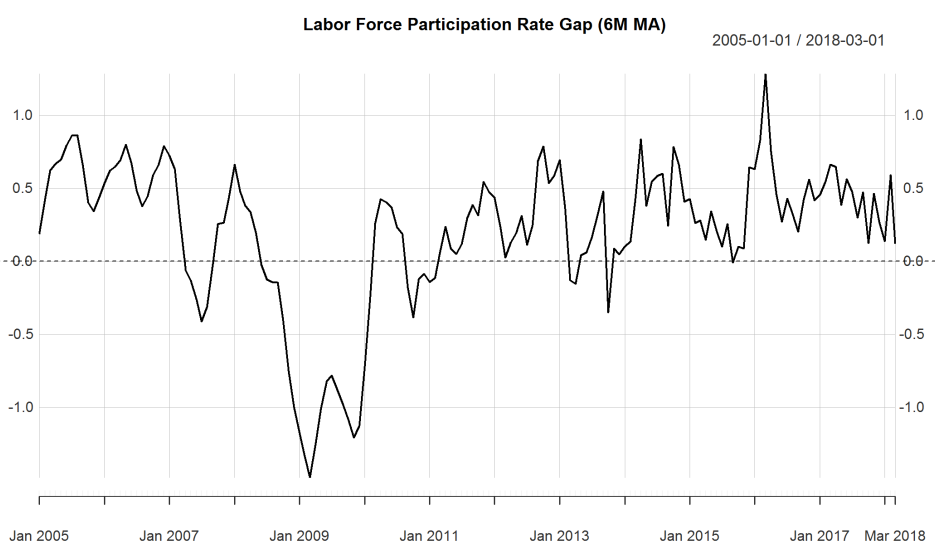 Forecasts from the 3-state model suggest continued improvement in both the unemployment rate and the level of employment, but the lfpr is projected to decline slightly. 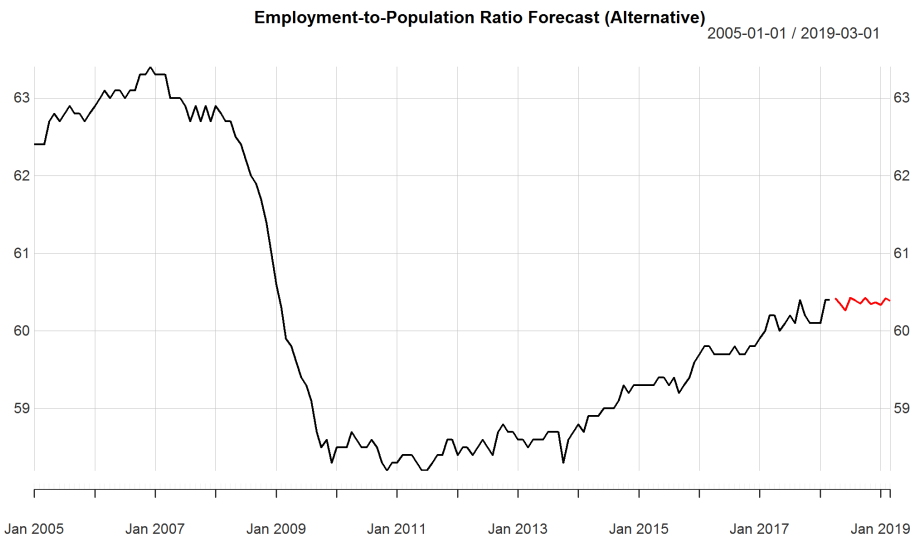 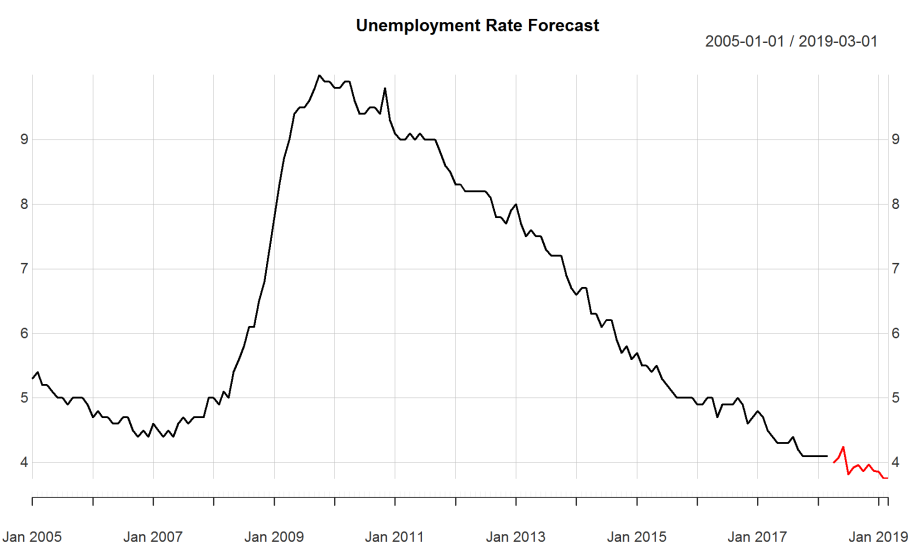 Forecasts from 2-state model project a slight rise in the unemployment rate to 4.35% by march of 2019.

The transition probabilities are available on the download data page.